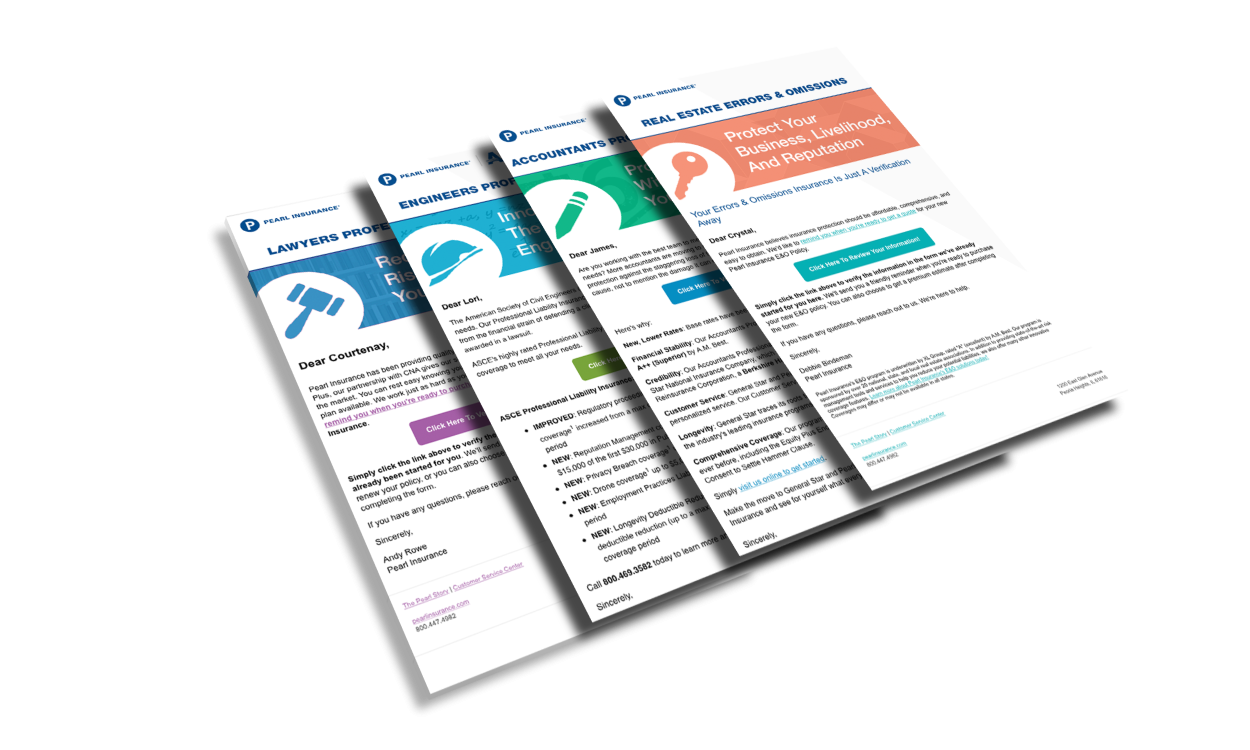 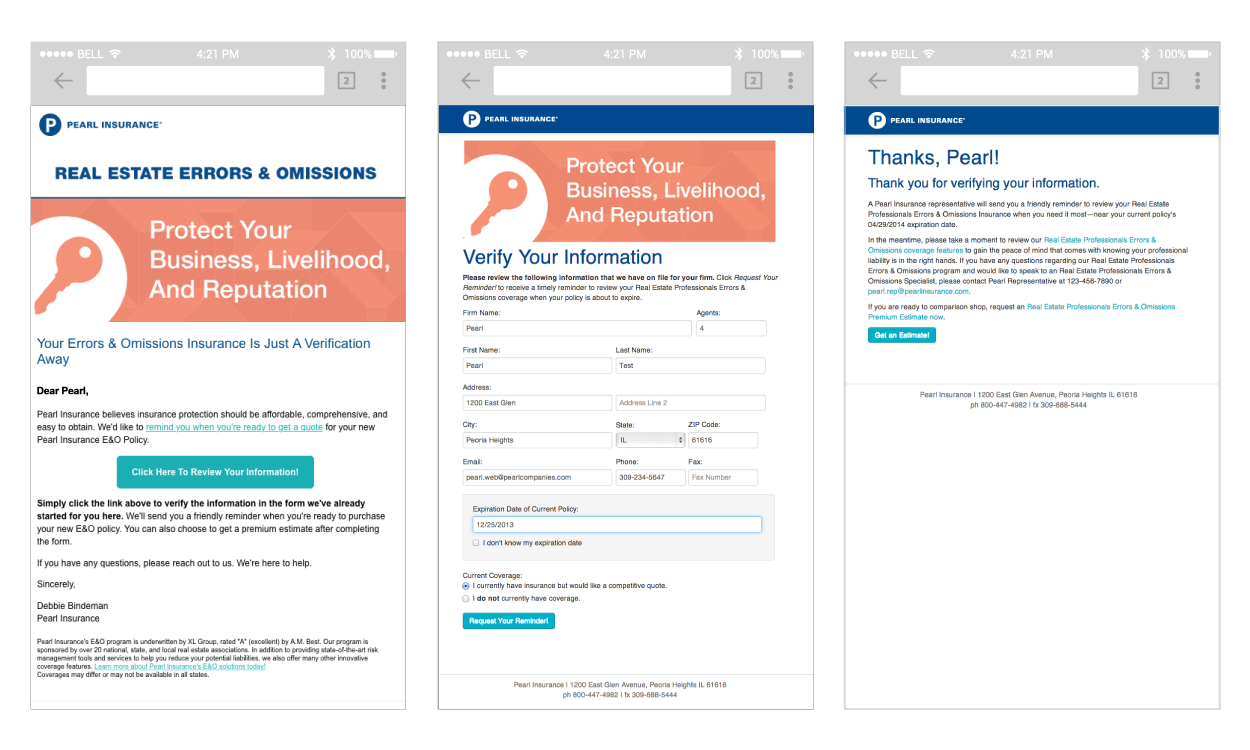 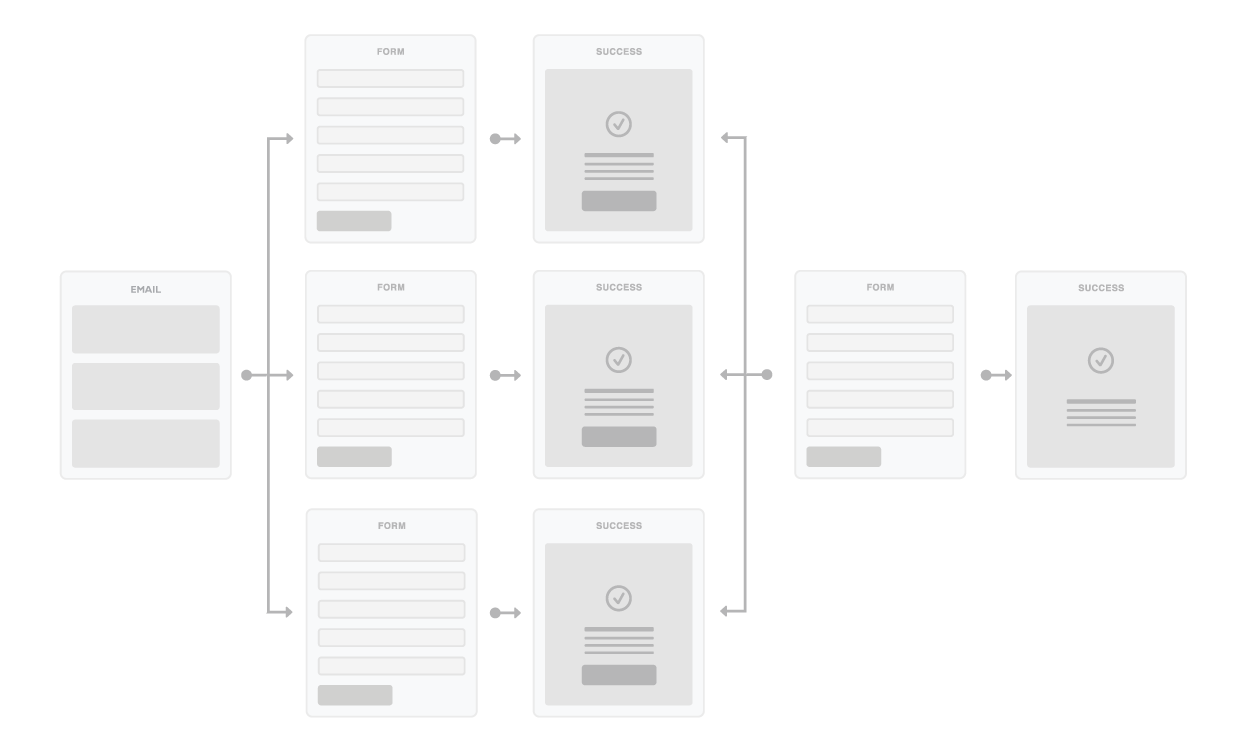 Systematic Emails were on-going monthly email marketing campaigns of approximately 100,000 emails sent to promote and retain customers of our Professional Liability product lines. They focused on our four main verticals (Real Estate Professionals, Lawyers, Engineers, and Accountants) and within those groups, the customer bases were usually divided among insured that were either bare, x-dated, or non-x-dated as well as the insurance carrier based on location or firm size. Additionally, there would be at times further segmentation based on state, association affiliation, sales goals, or other reasons.

The flow of the email system took all of these segments, which usually resulted in 12-20 emails a month to be sent out at the exact same time. The emails themselves directed to a landing page form to verify their information on file; if they did that, a representative would be notified as well as a secondary call to action to have them fill out an online estimate form. If they filled that out, the end-user is sent another success screen and their assigned representative is notified, as well as a dashboard for internal use is propagated. The data from all of these steps were collected and able to be analyzed on the Marketing Dashboard I also created.

I worked as part of a regular ten person team which made sure these on-going email campaigns. As a group we would look over results and internal feed back, decide on email development choices including testing, create/test all the emails, get approvals, and send the emails. My role in the team was as the lead developer; I created the html email standards, including dynamic templates that would pull data in from our lists to creat emails that were more flexible, but required less coding time per-send. Additionally, I worked in a brand standards role, making sure emails matched with our other digital launches; this included, at times, working in an art directorial role with our in-house graphic designers. I also created the user interface, and provided development updates to the pre-filled forms the emails drove to. Additionally, I did the inbox experience checks, verified that A/B tests were running correctly, and was responsible for showing the end product to Marketing and Sales sign offs prior to sending.